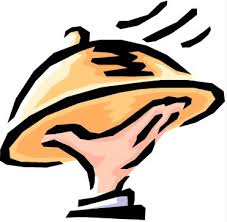 Texas is known for its great food. Everything from Tex-Mex to barbecue to great Gulf Coast seafood. Dig in!


Black's BBQ - Lockhart, TX
Originally in Lockhart, but there are now several locations in central Texas.

Blue Bonnet Cafe - Marble Falls, TX
Named the best breakfast in Texas and in the top ten restaurants in Texas by the Texas Highways magazine. Featured in several magazines and has won many awards.

Chuy's - All over the place
Now a nationwide chain, this Tex-Mex restaurant started in Austin in 1982.

Cooper's Old Time Barbeque - Llano, TX
People drive a long way to Cooper's for one of the best barbeque meals you can find in Texas. This unusual restaurant is one of the most popular in Texas.

The County Line - Austin, TX
A very popular barbeque and more restaurant in a wooded area of Austin.

Franklin Barbecue - Austin, TX
This is the stuff that changed chef Anthony Bourdain's mind about Texas barbecue. Be prepared for a loooong line though. This place is insanely popular.

Kreuz (pronounced "Krites") Market - Lockhart, TX
Originally opened in 1875 as Swearingin's Meat Market and bought by Charles Kreuz Sr. in 1900, Kreuz Market is the oldest BBQ joint in Texas. There's a reason it's been around so long.

Smitty's Market - Lockhart, TX
Lockhart is the BBQ Capital of Texas and Smitty's is one of the reasons.

Threadgills - Austin, TX
A favorite with the locals and tourists for many years.


Gaido's - Galveston, TX
S.G. Gaido first opened his doors to the public in 1911, the same year air conditioning was invented. With an unwavering commitment to serving the freshest Gulf seafood, Gaido’s popularity grew each decade, evolving into a cherished tradition for thousands of both locals and visitors.

Ninfa's on Navigation - Houston, TX
There's only one Original Ninfa's and this is it.

Pappas Bros. Steakhouse - Houston, TX
Known for their dry-aging of their meats. Dry-aging is a classic process for developing flavor. The meat is placed in a humidity-controlled freezer for a minimum of 28 days. As the moisture in the meat evaporates, the beef stays tender and juicy and develops a nuttier flavor.

Patillo's - Beaumont, TX
Owing to its proximity to Louisiana, this Beaumont barbecue joint offers a g blend of East Texas-style barbecue and Cajun cuisine, that is different from the Central Texas style of BBQ. It has been a Beaumont institution for over 100 years.

Mesa - Oak Cliff, TX
Celebs from Beyoncé and Jay Z to Conan O'Brien have been known to stop so it must be great, right?

Mesquite BBQ - Mesquite, TX
Family owned & operated since 1959, making it the oldest restaurant in Mesquite, Texas. We take great pride in our excellent reputation as the Best BBQ in the whole area.

Pappas Bros. Steakhouse - Dallas, TX
Known for their dry-aging of their meats. Dry-aging is a classic process for developing flavor. The meat is placed in a humidity-controlled freezer for a minimum of 28 days. As the moisture in the meat evaporates, the beef stays tender and juicy and develops a nuttier flavor.

Pepe's & Mito's Mexican Cafe - Dallas, TX
The cuisine is not "Tex-Mex", it's "Mex-Tex" this flip-side is something you have to experience for yourself.

Tacodeli - Dallas, TX
The best tacos in Texas. They started in Austin and have expanded to Dallas.

Water Street Oyster Bar - Corpus Christi, TX
Serving the freshest gulf seafood and with a coastal ambiance all its own, this classic location is a local treasure and a "must do" during a visit to corpus christi.

Café Central - El Paso, TX
Café Central opened in 1918 in Juarez, Mexico, electrifying a clientele of gamblers and cabaret-goers who quickly grew to expect the finest culinary experience in the region at this chic night spot.

Café Mayapán - El Paso, TX
Café Mayapán is both an outstanding restaurant and a worthy cause, Café Mayapán forms part of social enterprise which champions regional Mexican cuisine while providing training and employment for women from El Paso's deprived neighbourhoods.

Tabla - El Paso, TX
"Tabla leaves little to be desired with its modern décor, a rotation of custom-infused liquors and an extensive menu of tapas."
- The New York Times